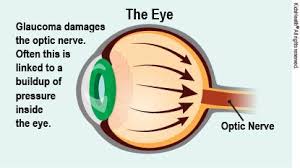 As we are nearing the end of January and it is National Glaucoma Awareness Month here are some facts you should know. Glaucoma is the second most common treatable cause of blindness in the US. Glaucoma is a condition that damages the optic nerve. It is linked to a build-up of pressure inside the eye.

Glaucoma is a leading cause of blindness among African Americans and Hispanics in the U.S.

Optic nerve damage usually occurs in the presence of high eye (intraocular) pressure. However, glaucoma can be diagnosed with normal or even lower than normal eye pressure.

There are two main forms of glaucoma: open-angle (most common) and angle-closure.

Regular eye exams are needed for a proper diagnosis and to prevent damage to the optic nerve.

There are also several other forms of glaucoma, including normal-tension, congenital, juvenile, and secondary.

Currently, there is no cure for glaucoma; however, through early diagnosis and treatment, the disease can be controlled before vision loss or blindness occurs.

I can’t stress how important it is to know there are no signs or symptoms for glaucoma, in the early stages, glaucoma does not cause pain and will not blur your vision.

I am sorry but this hits a nerve with me. I can’t tell you how many people tell me BEFORE I do a glaucoma test “Oh, I don’t have glaucoma, I see fine.”

The main reason for vision loss because of glaucoma is that it is not diagnosed early. Many people feel a false sense of security if they see fine and have no pain. Once glaucoma is identified at an early stage it is easy to treat, and RARELY causes blindness. Once the “silent thief of sight” symptoms are experienced glaucoma has advanced in severity