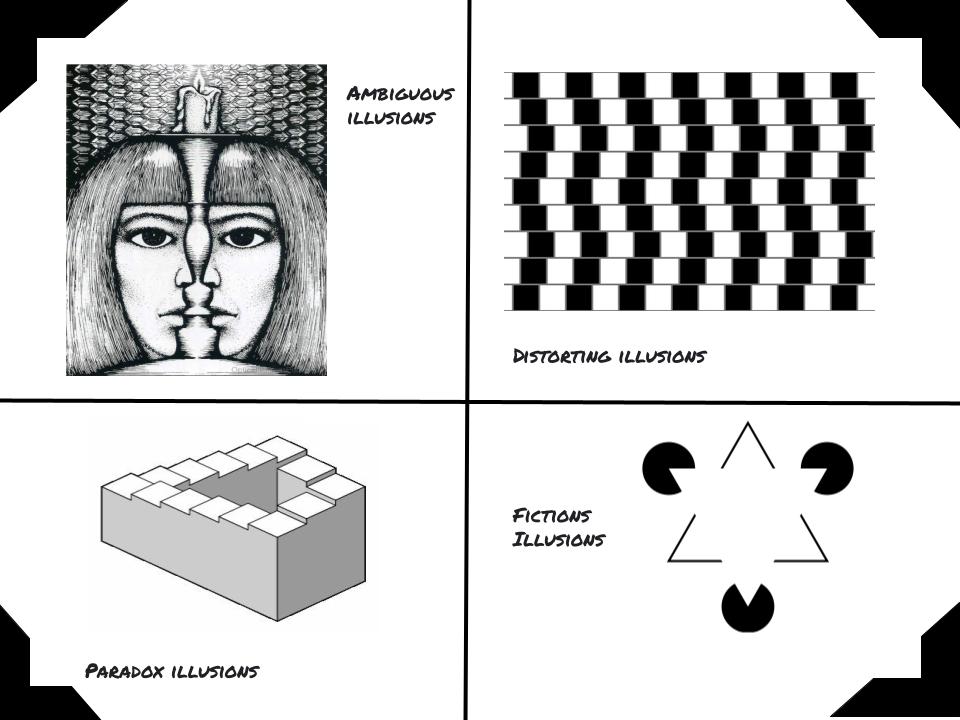 Optical illusions are images or pictures that are perceived differently than they are. Optical illusions occur when our eyes send information to the brain that tricks us into perceiving something that does not match reality.

Optical illusions can use color, light, and patterns to create images. These images can be deceptive or misleading to the brain. Creating a perception that in reality does not match the true image. When the brain and the eyes try to communicate in simple language, it gets a little mixed up. The eyes take in information very quickly, but the brain needs to rest, this is what causes the mix-up.

Some optical illusions are physiological. This means that they are caused by some sort of physical means in the eyes for the brain. Optical illusions involve visual deception. Due to the arrangement of images, the effective color, and the impact of a light source. Not everyone experiences visual illusions the same way.

There are four types of optical illusions:

Optical illusions date back to ancient Greece. The Greeks used optical illusions in their art and architecture. On temples roofs were built at a slant yet observers believed that the rooftops were curved.

Understanding optical illusions became a fascination of many philosophers:

From ancient Greek philosophers to modern-day psychologists, scientists, researchers, and artists continue to be amazed by this phenomenon we call optical illusions. Optical allusions can be fun and fascinating, but they can also tell us a great deal about the brain and perceptual system functions.