As it has been reported often in the news lately vaping has become deadly. What has not been reported is that vaping can impact long-term eye health. All vapors pose risks to eye health. Some chemicals in vapors can irritate the eyes and can result in dry, irritated eyes.

Vaping hasn’t been around long and more studies are needed, but a small scale study back in September 2019 suggests moderate to severe cases of dry eye and lower-quality tear film in participants. 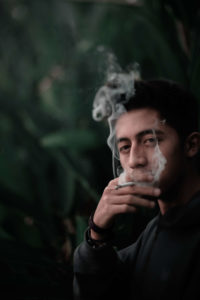 A 2017 study noted that some flavor additives in e-cigarettes contained chemicals that produce oxidative stress and inflammation, both of which could harm the eyes. Some of the chemicals emitted include formaldehyde, nicotine, and diacetyl. These chemicals are also found in regular cigarettes with that comes a higher risk of developing macular degeneration and cataracts as with smoking regular cigarettes.

Let’s also not forget the hazards of these devices, they have been known to blow-up in the faces of users. Causing burns and severe facial damage. Between 2009 and 2016 there were 195 documented incidents of explosion and fire involving vaping devices and e-cigarettes.